If you continue without changing your settings, we’ll assume that you are happy to receive all cookies on the Winston First 40 website.

Winston and the team
Impressive results 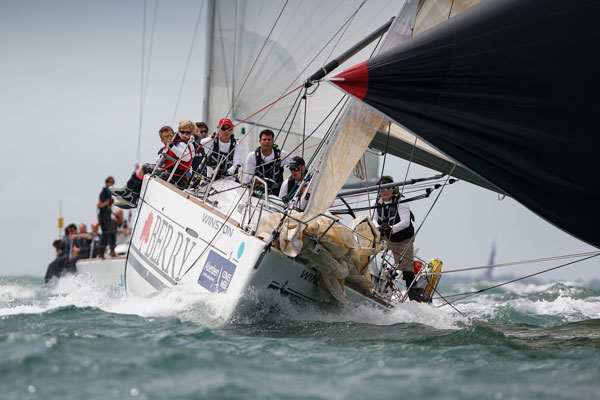 In her first race series, Winston achieved a creditable 3rd in the 2011 Hamble Winter Series with scratch crew learning how to sail her. She went on to gain 2nd in the Warsash Spring Series with a charter crew and won the Spring Championship.

Under corporate charter in the 2012 J.P. Morgan Asset Management Round The Island race she was 5th in a large division. In 2013 she was busy with corporate charters and regattas achieving good results for novice crews including a 3rd in Dartmouth Week, and at the end of the season won her class in the Hamble Big Boat Championship with a 4th in the Winter Series.

The corporate charter season 2014 was another busy and successful year, with clients returning to repeat their 2013 experiences. Through the season Winston was generally in the top half of the fleet, with our corporate novice crews sailing against some pretty hot competition, including a creditable 9th in IRC2 in Cowes Week, one of the most competitive classes in the regatta.

Winston was the perfect choice for sailing with a team of associates and clients in the Little Britain Challenge Cup. Everyone in our group was impressed with both her performance and comfort below decks.

Also in this section